In 2018–19, Queensland Treasury administered $36.58 billion of revenue and $5.84 billion of expenses on behalf of the State. This excludes administered item revenue which is appropriation revenue received from the Consolidated Fund to meet administered expenses.

The largest single source of administered revenue was grants and other contributions of $19.28 billion, followed by state taxes of $11.62 billion.

The main component of Commonwealth grant revenue was Queensland’s share of the GST. Other Commonwealth revenue includes funding for National Partnership Payments and Specific Purpose Payments.

Treasury also administered the Queensland First Home Owners’ Grant on behalf of the State in 2018–19. 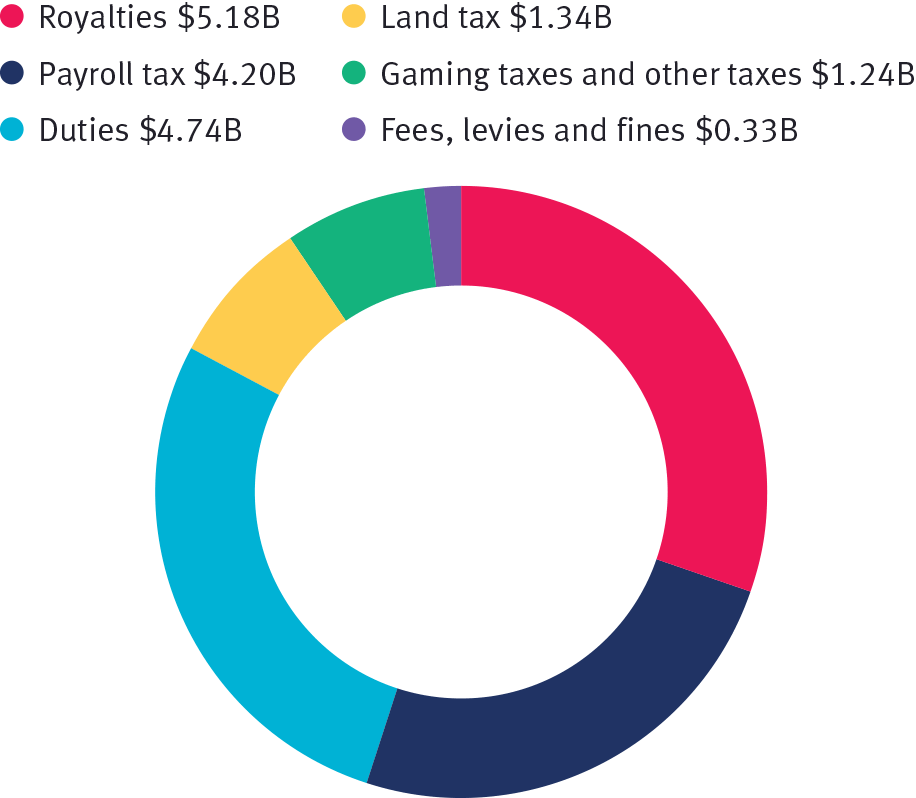 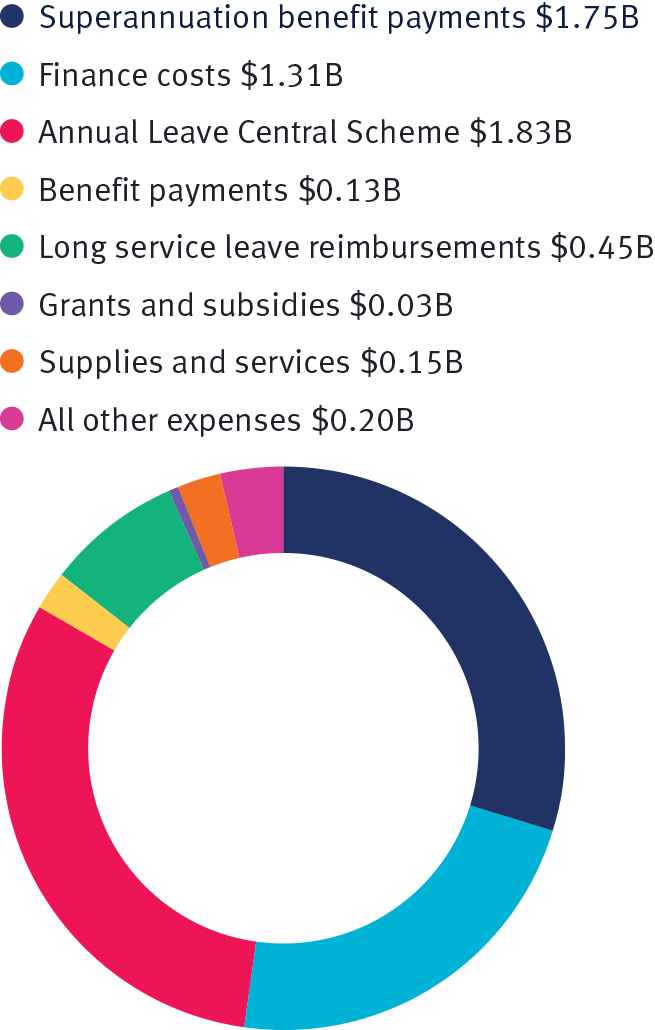 Treasury’s controlled revenue consists principally of Parliamentary appropriations. In 2018–19, appropriation revenue allocated to services was $241.39 million (compared with $254.79 million in 2017–18).

The Queensland Government Insurance Fund (QGIF), administered by Treasury, is a self-insurance arrangement into which government agencies pay premiums intended to meet the cost of claims arising from incidents occurring in the premium year.

Claims are paid out of Queensland Treasury’s Administered accounts, while the provision for outstanding claims is held at the whole-of-government level.

The estimated outstanding claims liability as at 30 June 2019 was $1,764 million, compared to $1,267 million at 30 June 2018. Investments intended to meet the government’s outstanding claims liabilities are held by Queensland Treasury Corporation within its long-term assets. The fund reinsurance program has been in place since 1 November 2011 and is subject to annual renewal. 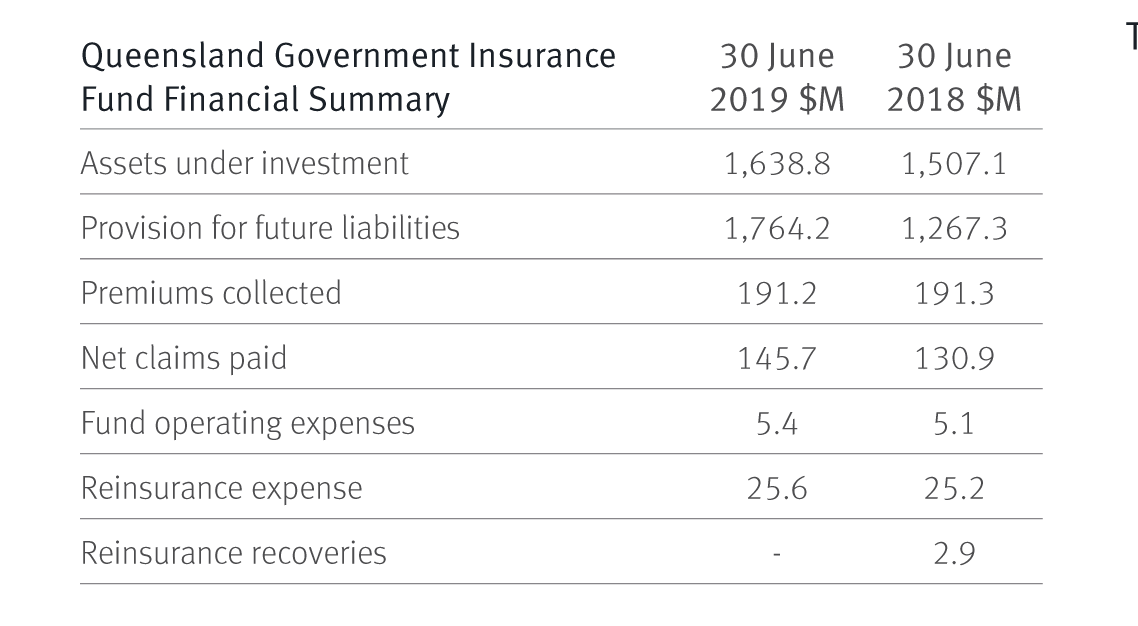 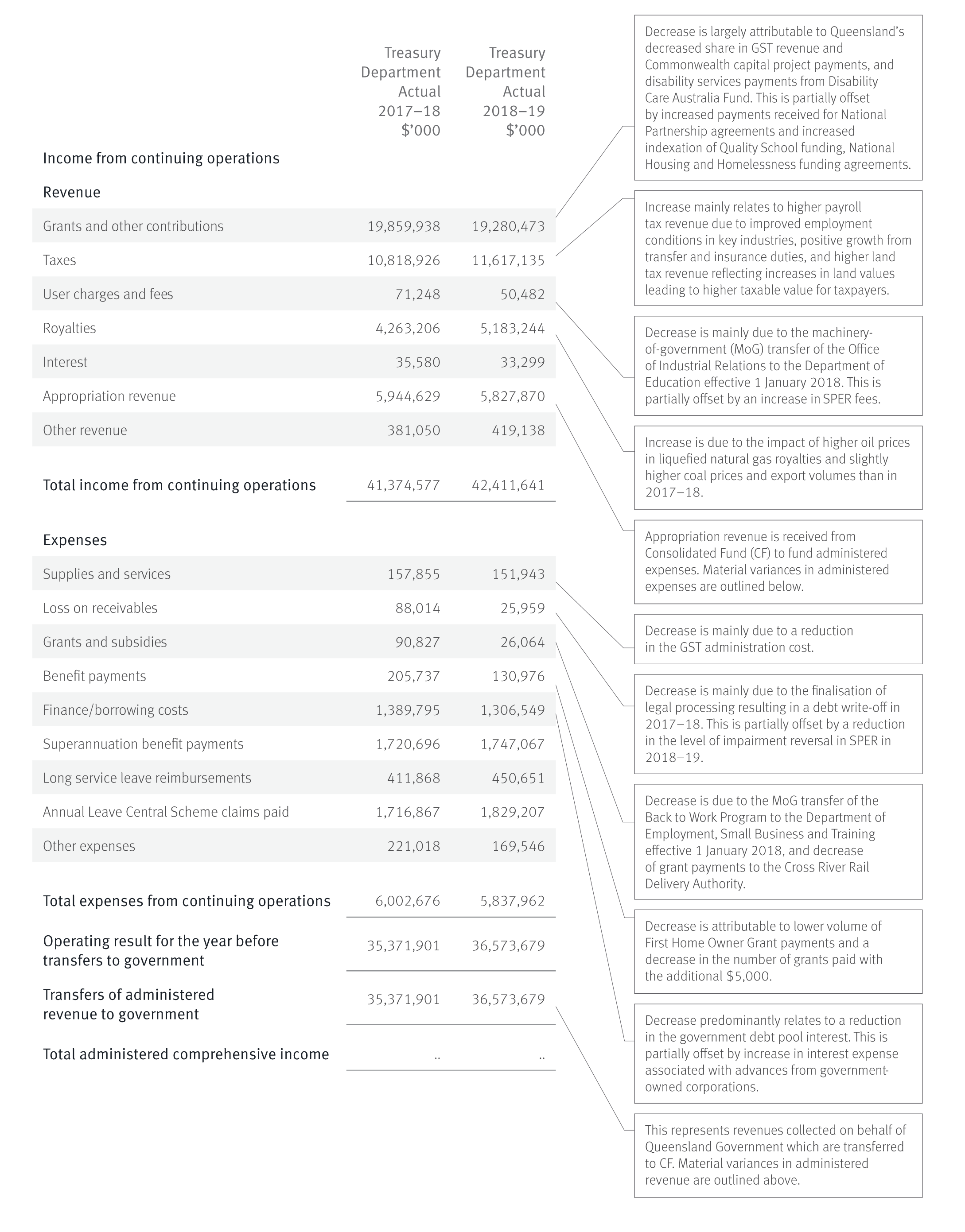 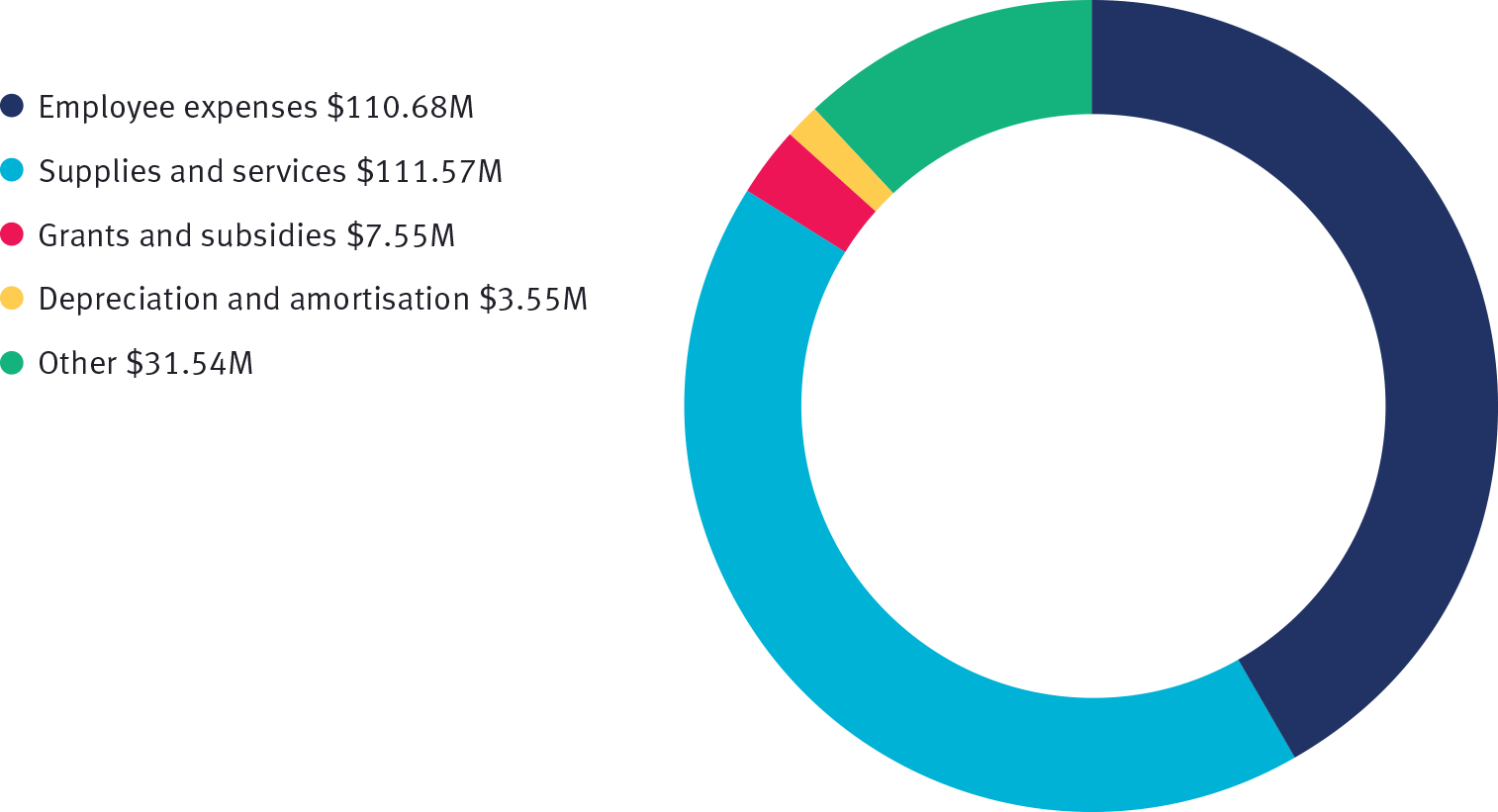 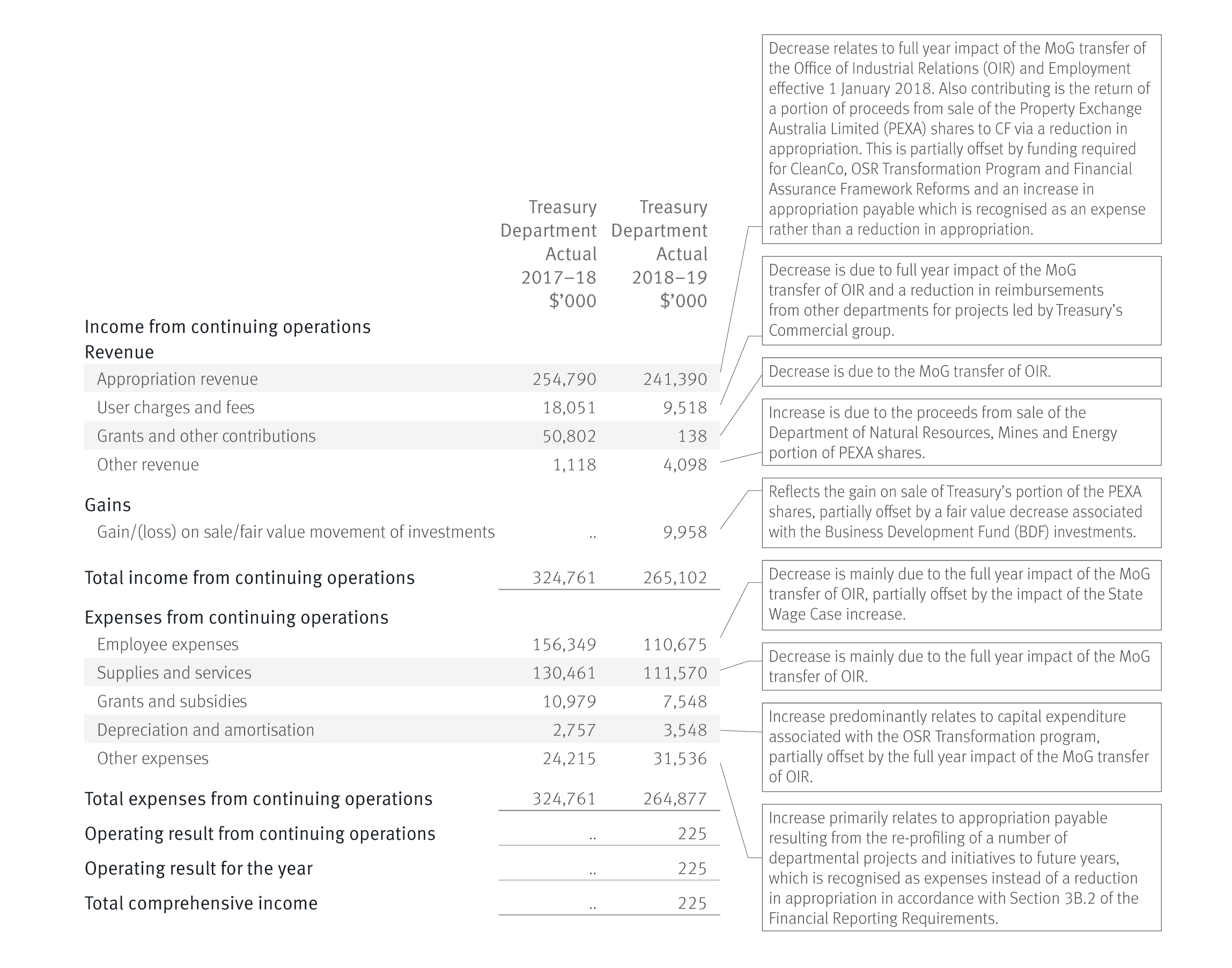 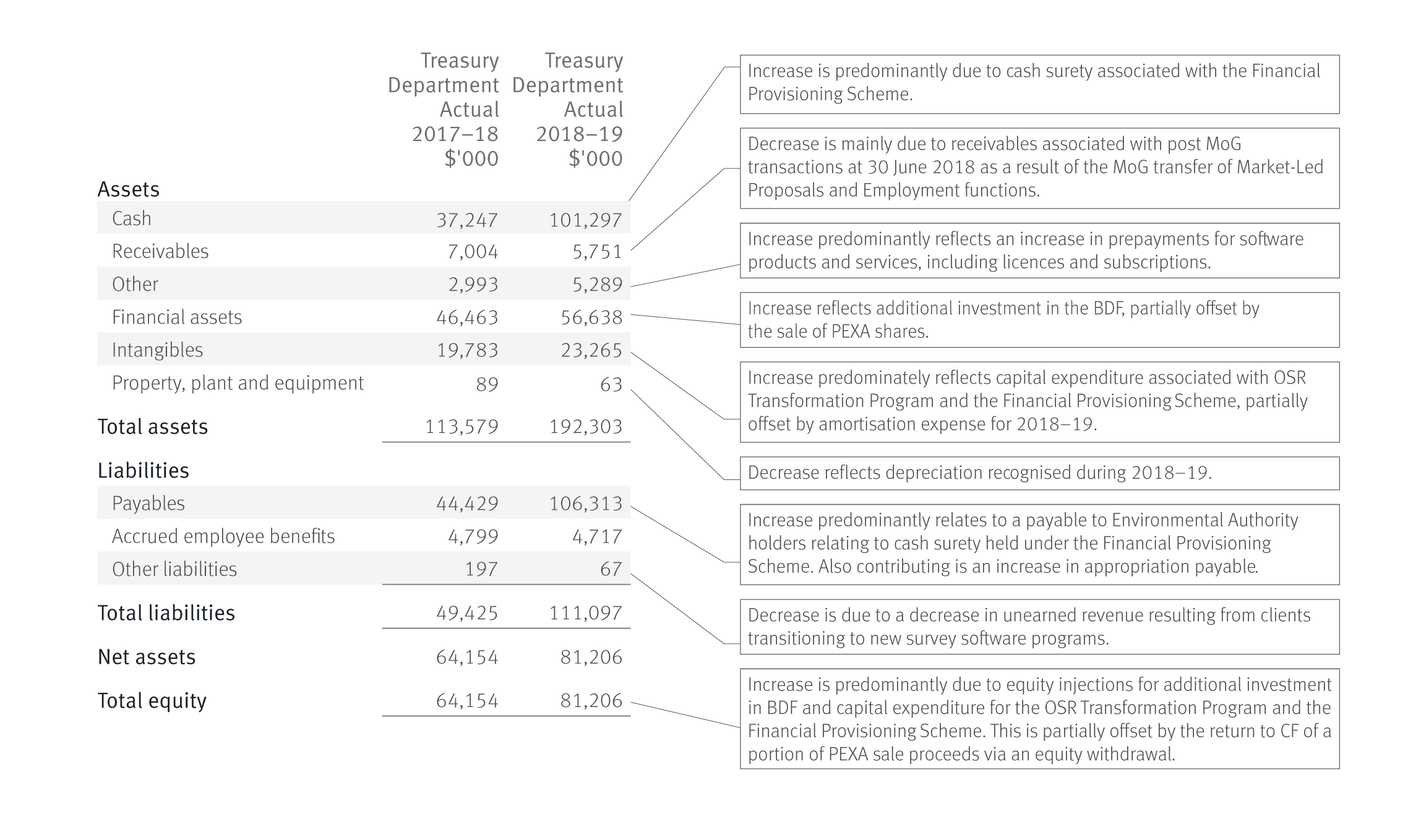