Customers are the focus

To drive economic and jobs growth, and help fund services for Queenslanders, Treasury administers a revenue base of around $16.9 billion by delivering and administering simple, efficient and equitable revenue management services for state taxes and royalty revenue. Additional responsibilities include revenue compliance, grant schemes, and debt recovery and enforcement activities for the state.

Treasury, through the Office of State Revenue (OSR), fulfils its revenue responsibilities by:

Key issues in our environment 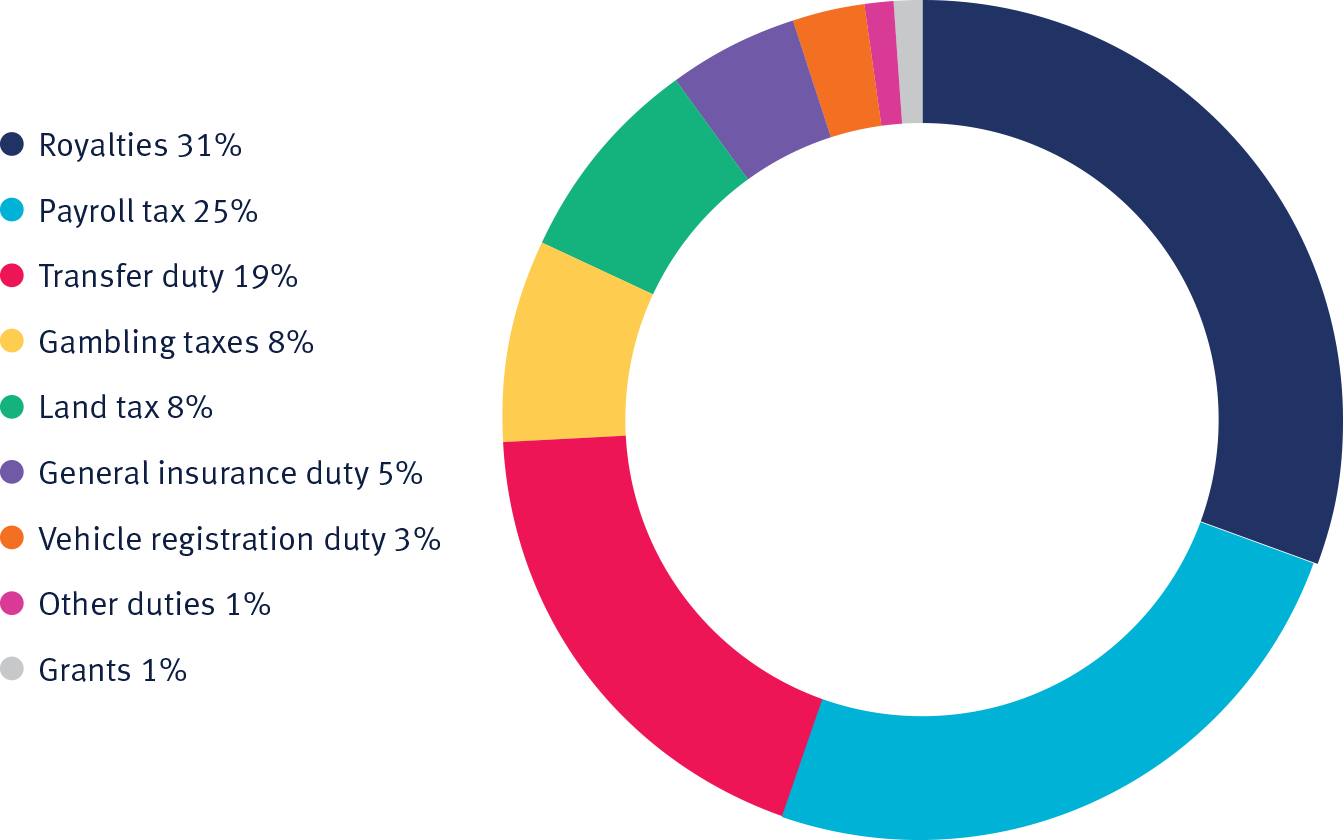 Ensure our services are tailored, fit-for-purpose and easy to access

During 2018–19, Treasury continued transforming its revenue management service, to deliver services and outcomes for taxpayers, staff, government and Queenslanders that are client centric, digitally enabled and data driven. This included:

Partner proactively to facilitate better outcomes for the community

Treasury’s approach to achieving better outcomes for the community in the field of penalty debt involves:

Transforming penalty debt management in this way has yielded positive results in 2018–19:

The data enrichment program that began in February 2018 has resulted in the collection of $33.15 million in debt.

SPER continued its outbound contact campaign initiatives in 2018–19, calling customers who had not paid their debt. Since its implementation in June 2016, around 62,000 customers have been called, resulting in the collection of $32.4 million in debt.

SPER officers joined police on roadside operations such as random breath testing, drug testing and automatic number plate recognition to engage with people who have avoided their debts. Similar activities were undertaken with Queensland Rail, TransLink and police railway officers. These collaborative partnerships and initiatives increase SPER’s visibility in the community and improve public perceptions of SPER.

During the year, SPER continued to lead the Penalty Debt Management Council, a collaboration of agencies to improve end-to-end penalty debt management across government. Through the council, SPER and the Department of Transport and Main Roads have agreed to prohibit vehicle registration transfer for vehicles under SPER enforcement action.

In the year ahead, SPER’s focus will be on improving information sharing with penalty debt agencies.

In the three years to 2018–19, Treasury has collected more than $12.7 million in penalty debt through vehicle immobilisation (wheel clamping), seizure and sale (VISS). VISS is targeted towards people with higher value debt who can-but-won’t pay.

This is an important enforcement measure, as it meets community expectations that penalty debt is resolved.

Options for people in hardship

While Queenslanders expect that most people will do the right thing and resolve their SPER debt quickly, some people are unable to pay due to genuine financial or other hardship.

The WDO program is continuing to see positive results in enabling people in hardship to resolve their SPER debt.

Each year, Treasury implements revenue initiatives designed to deliver a secure, sustainable revenue base to support the government’s priorities for Queensland. These initiatives are increasingly supported by replacing repetitive, rule-based transactions with automated machine- based responses, and by improved data quality and analytics.

In 2018–19, OSR introduced several automation projects, which have saved more than 160 weeks of manual processing activity. One of these was the introduction of an enhanced debt management solution for all revenue lines. This will enable:

From 2019–20, the land tax surcharge on absentee landowners increases from 1.5 per cent to 2 per cent and a 2 per cent surcharge will apply to foreign companies and trustees of foreign trusts.

These measures are forecast to result in an increase in revenue of $131 million.

From 2019–20 the definition of absentee will also change so that Australian citizens and permanent residents living outside of Australia will no longer be considered absentees and will be exempt from the absentee surcharge.

The Queensland Budget 2019–20 included an extension of the 50 per cent apprentice and trainee rebate for two more years.

The First Home Owners’ Grant helps Queenslanders buy their first home and helps stimulate the state’s construction and related sectors. The grant applies to newly constructed houses, townhouses or units valued at less than $750,000. During 2018–19, Treasury received 6,827 applications worth $119 million.

In Queensland, landowners are entitled to apply for an exemption from land tax for the land they use as their home. In 2018–19, Treasury automated its processing of these exemptions and at least 50 per cent of home exemptions are now approved automatically. This means fewer follow-up inquiries by clients, and Treasury can redirect time saved to other service delivery activities.